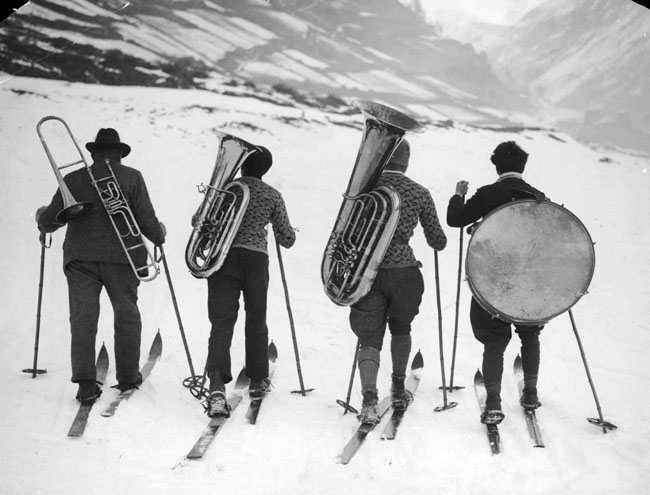 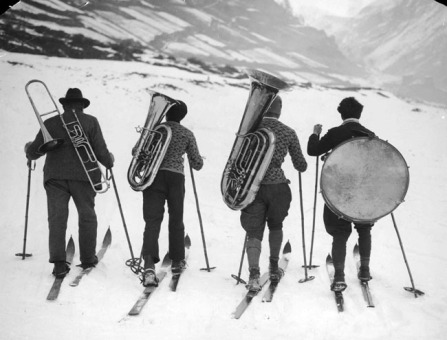 I first remember hearing about Sta. Cecilia from my Mom.  Her Birthday, my Mom’s, not Sta. Cecilia’s,  is in 6 days time.

My Mami used to tell us that she should have been named Cecilia.  She was going to be named Cecilia…but it didn’t work out that way.

Why was she going to be named Cecilia, I’ll pretend you asked…

Because in México, it was – it is not as customary now – tradition to name your child according to the Saint being honored on the day of your child’s birth.

My Mami was to be born around this day, thus, Cecilia.

However, being the Sorry, Sinful, Fallen Creatures that we are…my Papá Eliseo – may he be rejoicing with Our Lord God in Heaven – was flirting with a teacher named…you guessed it, Cecilia.  The extent of their exchanges I do not know, nor shall I even guess.  It is not my place.  What I do know, is that this Of Course bothered my Mamá Lola!  His Wife!

And again, being only human, she refused to name her child after the Saint because this – now you know, I want to say floozy, but I don’t know that she way, thus, I shall refrain – lady was also named Cecilia.

I don’t know about you, but I can certainly empathize!

Although a Saint and other people that share a name with that Saint may have nothing to do with a certain individual that perhaps  left some bitter aftertaste in your life, sometimes…many times, just hearing, seeing, or the thought of that name makes you want to hurl, to wretch!  It is cause for knots and pain in the pit of your stomach!  Imagine then, naming your Child after that person!

And yes, of course logically you know you are NOT naming your Child after That Person, but you can’t help but every single solitary time you are in any way exposed to that name, to pull into yourself.  To feel your stomach cramp and tighten and force you to double over, even if just a tiny bit.

Now imagine having a Child of yours share that name?

Hey, I am the first proponent of the above theory!  Except in this case.

I too have issues with a couple of names.  That is why I can so readily empathize with my Mamá Lola.

So you see!  I know about St. Cecilia!

A Famous Martyred Saint, whose life revolves around some awesome stories!

Her neck being struck with sword three times and not dying until she spoke to the Pope THREE days later!  Awesome!

And Though my Mami may not be named Cecilia, she is still Awesome! And in this Blogger’s Eyes, THE Most Awesomest Ever!!! 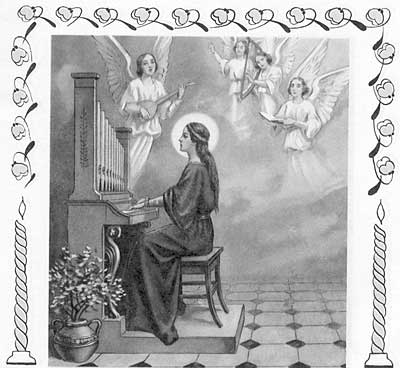 Like any good Christian, Cecilia sang in her heart, and sometimes with her voice. She has become a symbol of the Church’s conviction that good music is an integral part of the liturgy, of greater value to the Church than any other art. In the present confused state of Church music, it may be useful to recall some words of Vatican II (see below).

Quote: “Liturgical action is given a more noble form when sacred rites are solemnized in song, with the assistance of sacred ministers and the active participation of the people…. Choirs must be diligently promoted, but bishops and other pastors must ensure that, whenever the sacred action is to be celebrated with song, the whole body of the faithful may be able to contribute that active participation which is rightfully theirs…. Gregorian chant, other things being equal, should be given pride of place in liturgical services. But other kinds of sacred music, especially polyphony, are by no means excluded…. Religious singing by the people is to be skillfully fostered, so that in devotions and sacred exercises, as also during liturgical services, the voices of the faithful may ring out” (Constitution on the Liturgy, 112-118).