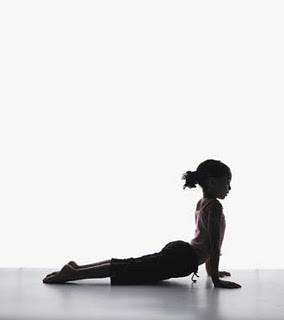 Very well, since I have opened this week with a Rant, I shall continue and officially call this Ranting Week  😉

In my Parish, we have started an Exercise Program.  It originally consisted of “Core Catholic Yoga” and a “Walking Fitness Program.”

Well, on Saturday’s Sunday Vigil Mass, and I am quite sure that at all the Sunday Masses as well, Fr. Mario informed us that “Core Catholic Yoga” would no longer be offered because some Parishioners were concerned with the Religious Origins of Yoga and felt that it conflicted with our Catholic Christian Faith.  Thus, “Core Catholic Yoga” was being replaced with Pilates.

This Announcement came as a bit of a Shock to me.  I was aware that on St. Joseph’s FB page there was a conversation going on about it, but there was nothing posted that indicated, at least not to me, that it was going to lead to the Pulling of the Plug on Yoga.

Here you can read the Note that specifically speaks about the “Incompatibility of Yoga and Hinduism with Catholicism.”

I personally agree with the Individuals that saw no problem or Incompatibility of Yoga with our Faith.  I even went as far as offering another example (I say another because there are many, many instances of syncretism within Our Mother Church) of Syncretism.  Here is what I had to say:

It’s funny how we tend to look at Other Culture’s Practises and see them as Pagan; as going against or not in accordance with Christianity. And yet, if you look at our history, the Mother Church’s History, you will see that Syncretism is a… long time Practise.

A Prime example are the Danzantes Aztecas. More properly known as Danza Conchera or Tradicion Conchera. The Pueblos Nahuas, which include the Oltecs, Chichimecas, Zapotecs, Aztecs, etc. have been Danzando since the IV Century BC.

Originally, and partially to some degree today, the Indigenous People’s danced much as the branches in the trees dance, the dolphins, the waves in the ocean…as an Instrument to link them to the World, to the Great Spirit.

Not very Catholic Christian, right? But after the Cultural Exchange with the Spanish, aka the Colonization, more precisely on July 25, 1531, when a Solar Eclipse occurred and a Cross in the sky appeared, all, Chichimecas and Spanish alike, fell to their knees when they heard a voice say, “He is God.”

It is worth noting that the Spanish were celebrating St. Santiago and the Chichimecas on the horizon could see Tamoanchan, the tree of life. This was the beginning of the syncretism that still exists today.

The link shows you briefly Danzantes honouring Our Lady of Zapopan in Guadalajara, Jalisco, Mexico.

My point is, that even a once Pagan Dance can be utilized, can be incorporated and IS used to Honor Our Lord, Our God and Our Blessed Mother.

On December 12th, Every Year and Anywhere that you can find a Mexican, we Celebrate and Honor La Virgen de Guadalupe.  Our Morena, Our Lupita.  And on the Eve on that day, Mexicans begin a Celebration that is composed of Mariachi’s, Prayers, Mandas (Solemn Promises), and Danzantes!

You see, Our Lady of Guadalupe or perhaps Coatlallope, is a Symbol of Syncretism Herself!

So you see, She is a Symbol of Syncretism.  She United the Aztecs, the Indigenous People, and the Spaniards.  She presented Herself as the Mother of the Creator and the Protector of the Universe, who came to Shelter Us All, Indigenous and Spaniards (and Everyone else too, of course ;)), with the Same Maternal Love.

Do we really need an Apparition to take advantage of the benefits of Yoga?  As a Bright Young Lady puts it quite nicely:

I guess people just feel the need to complicate things. It really is as simple as that last statement… does yoga lead me away from God? I can’t speak for everyone… but it’s a no for me. In fact it can, in the right way, bring you even closer to God.”

There are other very good comments as well.  I just happened to like her statement that many times, We Really just Like to Complicate Things!