I subscribe to AmericanCatholic.org’s Saint of the Day. I truly enjoy checking my Inbox each day and reading something inspirational.
Allow me to correct that, I NEED to have something Divine and Inspirational each and every day in order for me to not fall too deep or too hard…

Below is something that I found today (well yesterday, as I didn’t finish this until now) that I truly connected with. 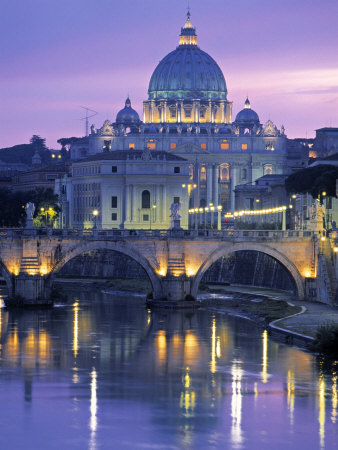 You see, after having been Blessed enough to go to Rome this year, I discovered something about myself, that I have slowly and intermittently shared with you…That I am quite Petrine.  😀

I enjoyed, and still do, his letters and felt that they truly spoke to me and I would identify with him.

Well, when in Rome (ha ha, I did as the Romans do), I kept making it a point to want to visit the Basilica of St. Paul.  And each time that I wanted to say St. Paul, I mean, I would think of St. Paul and want to utter St. Paul, it would come out as St. Peter!

Even when I was speaking of any other Saint, it came out as St. Peter! It wasn’t until my dear Friend, Camille, stopped me and pointed out that perhaps there was something more there that I actually noticed this was occurring. 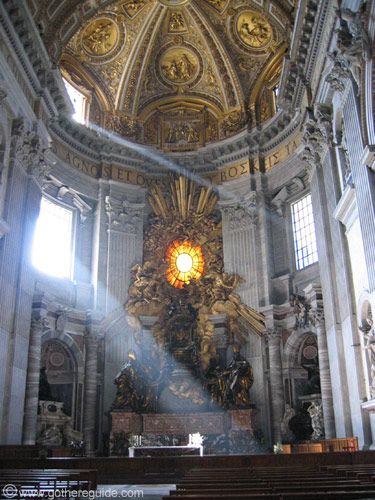 Of course I blew off what she was saying!

Then, we finally made it into St. Peter’s Basilica…talk about HUMBLING! What awe-inspiring Beauty!

I have to share with you these images…one day 😕

Well, I wanted to take full advantage of any and all Indulgencias and thus, went to Confession THERE!  It was Awesome!  Confessionals with Priests of so many different languages!

I went to the Spanish/English Priest, who was from Spain.  I received the Sacrament of Reconciliation in Español 🙂

He said many things to me…What a Beautiful Confession…One of the things that he said that impacted me the most was that he too told me to look deeper at St. Peter.  He also told me that I needed to keep Patience, Mercy and Understanding very close.  That I really needed to exercise these Virtues…and again, to look very close at St. Peter.

It was not until our return and sitting In the Pews, listening to Father Mario’s Homily about St. Peter’s Letters that I truly wanted to start delving deeper into St. Peter.

You see, growing up and even now as an adult, St. Peter, well, he wasn’t the Brightest Crayon in the Box, you know.
And then, you have St. Luke blatantly saying about Peter:

He did not know what he was saying.

I still find it funny!  And I know I’ve shared this with you before, but it really cracks me up.

So you see, why I wasn’t so keen on being Petrine?

As I was sharing with Chris yesterday, here’s the Ironic Thing…because my Heart was and IS so filled with Pride and other “riches” I did not want to see just HOW PETRINE I Really AM!!  A symptom of Peter in and of itself 😕

Leave it to me…

Anyway, please do enjoy this article as much as I did…

Jesus and the Rich Young Man

There is a curious image that Jesus gives us in the Gospels of Matthew and Mark. In both instances, it is near the end of Jesus’ ministry and shortly before he enters Jerusalem on Palm Sunday. Jesus speaks of a camel that is loaded with so much baggage it can’t squeeze through the city’s gate. Obviously, Jesus is not talking about camels, but about people.

The background for this incident rests on the fact that the apostles had been with Jesus for over two years and they were still unsure and worried about the ultimate goal of his ministry. From their viewpoint, more than a few of Jesus’ decisions were questionable. There was a time when crowds followed Jesus. It seemed he could have done better with organizing potential disciples. Jesus could have even worked more with the religious leaders so as to gain their support. But he said things that made his critics angry and drove them away. The threats against him were the last thing the apostles wanted.

On one occasion, a rich young man came to Jesus with a very sincere request. He wanted the answer to a question that probably all of us have asked at one time or another: “Lord, how in the world can I reach heaven?” (Mt 18:16). He told Jesus that he had kept all the commandments from his youth. Still, he wanted more. For all his riches, something inside him was still lacking. So Jesus told him that, if he wanted to be perfect, he should sell all he had and give the proceeds to the poor. Then he could follow Jesus and become one of his disciples. Disappointed, the rich young man turned and walked away.

The apostles were right there during this conversation and, when they saw the rich young man coming, they were probably delighted. They had found that being a follower of Jesus meant living a meager existence. It was a lot of work and not much reward. If they could get a few men like this rich young man to join their group, he could bring his belongings and make all their lives a little easier. In fact, it would be wonderful if a few of his wealthy friends would come along with him.

When the apostles saw the young man walk away, we can imagine them shaking their heads in frustration and disappointment. Here was a chance for an “upgrade,” and Jesus seemed to dismiss it. The apostles likely looked a little downcast themselves.

There was no question that Jesus saw their reaction; by this time Jesus probably expected that from them. He knew them well. They still did not understand what he was all about. All of this would be confusing to Jesus’ followers because they accepted a common belief: If you were rich, you were blessed. If you were poor, you were punished. Wouldn’t giving everything away be like throwing God’s gifts in his face? “No,” Jesus would say, “not at all.” Doing that meant you could help the poor and give yourself more freedom to serve the Lord.

This is when Peter, whose questions often indicated his lack of understanding, asked Jesus, “Lord, we’ve given up everything to follow you. What’s in this for us?” The interesting thing is that, contrary to what Peter believes, he is still loaded down with riches—like the overloaded camel Jesus described. Some mistakenly believe that Jesus was referring to riches in the terms of money, jewels and property. But Jesus is more concerned with what is in the heart than with externals. Jesus never meant that rich people could not get into heaven. There are many saints who were kings and queens. The point is that externals do not put up a barrier to heaven or union with God. But neither do they offer an advantage. With Jesus, goodness and virtue are always tied up with one’s heart.

Peter can’t see it yet, but his heart is loaded with riches—false and ultimately worthless as they are. What riches? Pride, self-sufficiency, anger, impatience and judgment of others. Jesus could see all this in Peter. In fact, the Gospels are quite frank about Peter’s lack of understanding. Remember how he took Jesus aside and scolded him, stating that Jesus would never suffer what he had predicted? And remember at the Last Supper how Peter had proclaimed that, while the other apostles might fail Jesus, he would never run from him? Talk about Peter’s heart being weighted down!

When would Peter realize all the riches he had and how false and useless they were? It happened when he was challenged by a teenage servant girl in the high priest’s courtyard where Jesus had been taken after his arrest. She caught him unexpectedly and said, “Surely you are one of Jesus’ followers.” Peter, in utter panic, committed the worst sin imaginable: He swore on God’s name that he never knew Jesus. He perjured himself three times in denying his knowledge of Jesus. And just hours before, Jesus had washed Peter’s feet. Peter fell flat on his face. And when he saw Jesus look at him with love and forgiveness in his eyes, “He went out and wept” (Lk 22:54-62).

In that fall and utter collapse, Peter came to realize that, with his pride and self-sufficiency, he was the poorest of men. It was at that moment that he realized Jesus was his strength and his courage. If he was to be a true disciple and the rock upon whom Jesus would build his Church, Peter would have to depend on Jesus totally—not himself. Now, with that simple realization and grace-filled understanding, he would become the richest of men.

Something truly amazing happened to Peter. It was a miracle that may well have happened to us. When Peter fell and got up, he realized to his amazement that he was farther ahead than ever before. The reason? He fell forward!

We all have had similar experiences of sin and weakness. And yet our very failures can bring us to the realization that something needs to change in our lives. Have we ever done something we wish we had not? We realized what it was and we said to ourselves with a firm purpose of amendment, “I never want to do that again.” I don’t mean that as a wish or sentiment. It was a determination that came from our hearts. We made a change because of the very fact that we saw in ourselves what we could not see before.

What is amazing is that God can and does use our failings and sins to bring about significant and lasting change in our lives. It’s like the saying goes, “We find out that it is pointless to write with a broken pencil. But what we do find out is that, even with our failings, God can still write straight with crooked lines.” Look what happened to Peter. 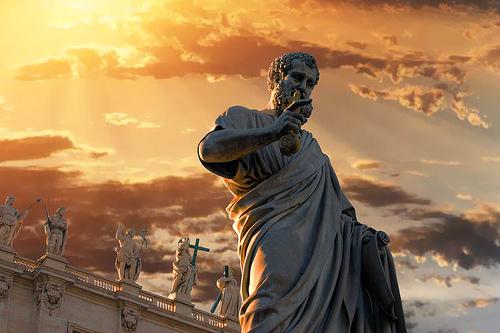 2 thoughts on “An Ironic Heart Filled With Riches”