Yesterday, I went to visit Jessseeker‘s Blog.  I know I can always count on her posts to make me laugh and take me for a stroll down Memory Lane.  Of course, she did not disappoint!

However…”When Did This Happen and Why Didn’t I Get the Memo?” must have gotten to me much more than I realized.  On my way home after work I was doused with a bucket of Ice Cold Water!

You see, as I read all those little things that indicate “the change” and no, not THAT Change, the other change!  😯

As I was saying…as I read I laughed because though some applied, not all did.  I figured, “Meh, I’m not that bad.”  Then…then I got in Vampiro on my way home and got my dose of reality.  😥

Before…before IT, I would get in a car, almost any car and, well, I kind of do not want to incriminate myself here, but I was a tad of a Speed Demon.  As Many of Us Are!! 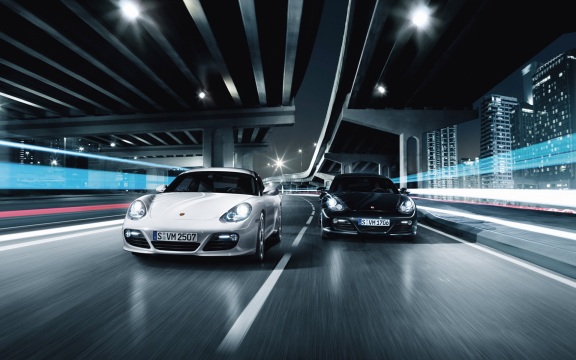 Vampiro IS Black and his Honda WAS White

You know the drill.  You’d merge onto the road as a vehicle approaches and step on it.  Pissing off, ahem, I meant irritating the other driver.  😳

Yeah, and as I was saying, you would sort of cut them off.  They in turn would start to butt f*** you… OK, know what, this post is not for Children!  I will probably be throwing in a few not-so-nice words here and there.

I mean, come on, I…well, I have been through a horrid realization!  That’s my excuse and I’m stickin’ to it!

So yeah, the guy in the other car would totally be up on your arse, because of course they are trying to give you a bit of what you did to them.  But instead of getting mad or worried, I would laugh a bit and prep myself.  And to be quite frank, I did that yesterday.

When this guy in a white Honda was all up on Vampiro, I laughed a bit and accelerated.  I knew he was game.

So here we are going down the street at more klicks per hour than we should have been going and here comes the left turn.  I wasn’t sure if he would be coming the same way, but I hoped that he would in order to continue.

The turn onto the street was a very fast, clean one.  No screech, nothin’.  But sharp and precise!

After he turns, I see him trying to open up to pass me.  Mind you, this is a 2 lane street, though with traffic it becomes 3-4 lanes, so there is enough room.

Here’s the Honda opening up, I take my foot off the accelerator, as he steps on it, I speed up ahead.  Heh, heh.  I look in the rearview mirror and see his smirk.

I get to the end of the street first and get into the left turn lane to access the Boulevard now.  He does the same.

This access to the Boulevard is always fun.  It is always heavy-laden with trucks, buses, and the usual traffic. There is no signal off this side street, so it is an adventure to turn left onto the usually 4 but at this intersection and for about a block it is a 6 lane Boulevard.  4 lanes may not seem like much, but as I said it is packed with vehicles and about 2 meters to the left is an additional right turn lane which causes there to be tons of congestion and slowing, and cars cutting each other off and the 6th lane is the left turning lane into the Fire Station!

Can you picture the convolutedness?  And this is what we merge onto daily, Monday thru Friday.

Anyway, so he falls in behind me.  There’s a clearing in the swarm of vehicles and I go for it.  If he piggybacks, which I knew he would he will make it.

He does.  But he doesn’t stay in the left lane, he cuts off another car to go to the second lane and pass me.  HA!

What I Think I am Driving

The left lane starts going a bit faster and I am ahead by a nose.

The second lane starts slowing and the car right behind me is not leaving a lot of space, but if he has cojones (sorry Mami, but it’s the best word I could use here), he can fit.

Dude, he so goes for it!  I smile and shake my head.

The car in front of me merges to the left turn lane and I have a huge clearing.  I totally step on it.

There’s a break in the right lane.  He switches.

He looks like he’s going to try pass me and cut me off because of the clearing in front of me and the traffic ahead of him. So, I taunt him by slowing down and letting him pass me just a bit but not enough…

I keep going.  He has to fall behind again.

My clear path is coming to an end, but to my right there is a gap to pass a couple of cars and get into the left again.

He’s right behind me.

Then I see that if I take the far right turning lane for a bit I can actually pass even the left gap and get way ahead.

I see him cut in front of the car that is still leading me and I remain in the center.

Dude…I am OLD!  I hesitated because Avenue ahead many times has a speed trap.  It is the end of the month…I don’t want to ruin my driving record.  I don’t want a ticket.  The insurance would go up.

Do you See what happened?!

Dude, not that long ago this crap would never have crossed my mind!  🙄

And here I thought I’d always be Peter Pan…

8 thoughts on “Sigh…This One is so NOT for Kids. Meaning 20-Somethings and Under”