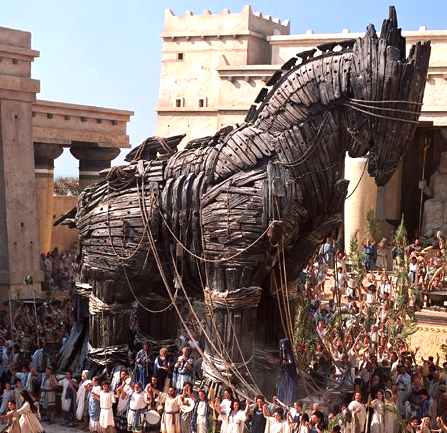 As a Parent,  If you ask yourself what’s worse than Family Guy, Jerry Springer and other similar trash on TV ?  You might say Nothing is Worse.  After All, that’s as Bad as Television can get. 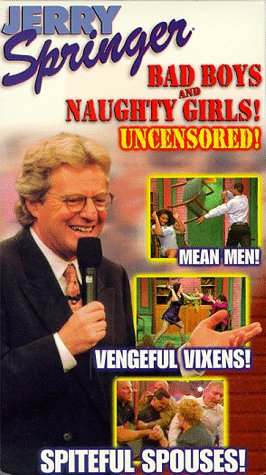 You might want to think the question again though.  Family Guy and Jerry Springer have become far too obvious for Satan to use as a means of polluting our Families and Children.  Instead, he’s now using a tactic that the Ancient Greeks used to siege the City of Troy:

While Historians and Scholars debate the historical facts about the Trojan Horse,  the Concept is still the same today.

By destiny compell’d, and in despair,
The Greeks grew weary of the tedious war,
And by Minerva’s aid a fabric rear’d,
Which like a steed of monstrous height appear’d:
The sides were plank’d with pine; they feign’d it made
For their return, and this the vow they paid.
Thus they pretend, but in the hollow side
Selected numbers of their soldiers hide:
With inward arms the dire machine they load
And iron bowels stuff the dark abode.

ICarly was the Number One Kids show as rated by Nielsen Media Research (NMR) in 2009.

The show is centered around a teenaged girl named Carly Shay who lives with her 28 year old brother Spencer, in a Seattle Loft Apartment.  Together with her Two best friends they produce a Webcast (TV Broadcast on the World Wide Web) eponymously known as “ICarly”.

The Negative Behaviours far outweigh anything that could even be considered positive about the series.

If you search the Web, you’ll find numerous resources so that you can do your own research and make an informed decision.  You don’t have to watch many episodes either to see for yourself.  I wouldn’t recommend the latter as it can be an unpleasant and insulting experience.

If you have Children you’ve probably already heard of, or seen an episode or two.  The show is aimed at “Tweens”  or ages 9-12 old.  Nickelodeon (YTV in Canada) have marketed this as a Kids Comedy.  Since the show is Aired on Channels for Kids, as Parents we are less likely to pay any attention to the show’s Content.  You might even allow the show into your homes on a Regular Basis.

Companies like Nickelodeon and Disney have been competing for Ratings.  While they MAY at one time have been interested in bringing quality programming into Family’s Homes,  It’s all come down to Ratings and the Almighty Dollar.  It’s not the Obvious Filth on TV we have to watch out for anymore.

We have to be diligent in Preventing Satan from using Trojan Horse Tactics to Infiltrate and Poison our Lives.